What you can expect from the Bangalore edition of Fragments on 30 March:

Fragments was launched in response to the fragmented nature of engineering and software development for mobile. Much changed for mobile engineering in 2017 when React Native entered the landscape and cross-platform mobile development took off in a big way.

At the recently concluded ReactFoo, we talked not only about the ecosystem emerging with ReactFoo, but also how organizations are structuring teams for Android, iOS and cross-platform mobile development.

Coming back to Fragments, the Android versus iOS debate seems to be settled with Android winning the turf. Now, with Flutter taking off as a platform for mobile engineering, the battleground has opened between React Native versus Flutter. Who will win is not only a matter of adoption and user base metrics, but also which platform has a stronger community around it.
On 30 March, speakers Priyanka Sabhagani and Ajin Asokan will share BookMyShow’s and Zerodha’s experiences (respectively) with React Native and Flutter, helping participants evaluate each platform’s strength and weaknesses. We look forward to deeper discussions around Flutter, where the platform has piqued a great deal of interest from developers (who have to write less code), but greater skepticism about Flutter’s capabilities with respect to data storage and related issues from senior developers.

Apart from Flutter, the Bangalore edition of Fragments will feature talks on Kotlin and native app development. An interesting question to discuss here is the decision to go native versus when not to go native with your app. Which factors inform such a decision?
The other discussion which Raghunath Jawahar, Varsha Saha and Abhinav Rastogi will take up is what native app developers can learn from the mature web front-end architectures. The discussion will steer around the following topics:

Who should participate in the Bangalore edition of Fragments Conference?

Fragments will be held in Kochi and Hyderabad in 2019. Dates will be announced in April. If you wish to speak at any of the future editions of FragmentsConf, submit a proposal here: https://hasgeek.com/fragments/fragments-round-the-year-proposals-2019/ 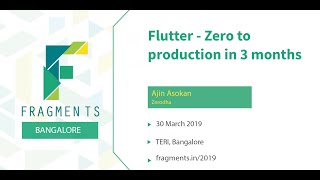 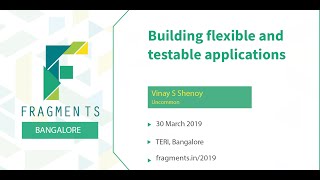 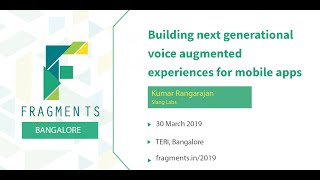 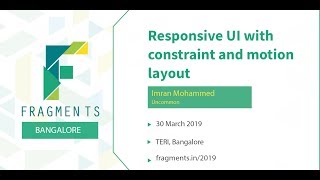 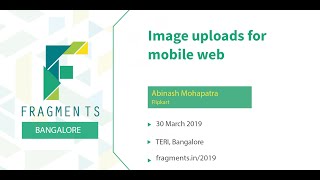 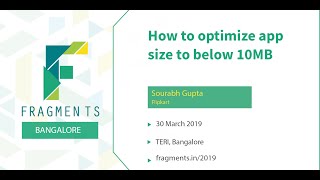 How to optimize app size to below 10 MB 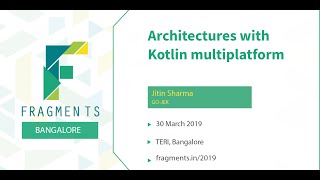 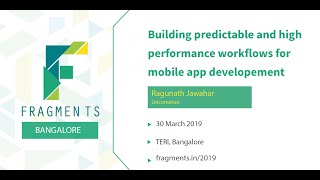 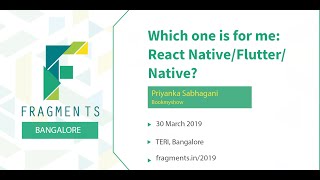 Which one is for me: React Native/Flutter/Native?

This project is brought to you by

Fragments
Fragments is an umbrella brand for: Read more