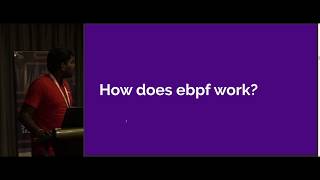 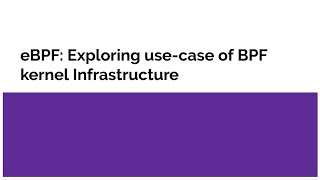 eBPF is an upcoming in-kernel mechanism that provides ability inject arbitrary user space code into the kernel in a safe manner.

With ability to program any userspace code into the kernel, it open up a lot of possibilities for end-user to easily interact with kernel components.
This lets users to develop various hooks into the kernel and use existing infrastructure to improve various parts of it.

One such major use case is High performance networking. With the advent of XDP(Express Data Path), it is allowing people to do packet filtering at an early point in the software stack in an extensible manner, which enables very fast packet processing compared to nftables, iptables etc.