Performances and Installations at The Goa Project 2016

All submissions
Next
HS

To bring to an audience a very sumptious history of female villainry, based on real-life events through a performnce.

3 stories of 3 women who have been very bad girls presented through movement and story-telling.
The first is Sheetal, who has just been engaged.
The second is Sophal, who is married to a politician.
The third is Azara, who babysits children.
This performance is a work-in-progress, part of larger research in to the lives of women who do not fit conventional ideas of female morality.

A space, some lights and sounds would be good. And an audiene that loves storytelling and experimental theatre.
If we are being specific, a space of 20x10, 3 phrenels and 4 spots and sufficient sound amplification for the space.

Hina Siddiqui creates drama, mostly with ‘Orchestrated Q’Works’, a theatre company she started in 2007. Eight years down the line OQ works with artists of all kinds to deliver live art in increasingly innovative ways. She mainly writes for the stage and believes in provocative theatre - using drama as a medium to talk about all things taboo and regressive in society. She is the writer-director of ‘White Noise’, a play that was provocative enough to rouse local politicians in Pune. ‘Kiss & Tell’ another play written and directed by Hina was based on year long research done with people about the Hook-up culture. It was probably the first play ever to be funded by a female-condom manufacturing company.

Hina’s special skills include challenging the patriarchy, questioning traditional belief systems and making one heck of an omelet. Her short stories have been published by Grey Oak and Rupa in two separate collections. She is currently busy blogging, directing plays & researching female villains for her next theatremaking venture. 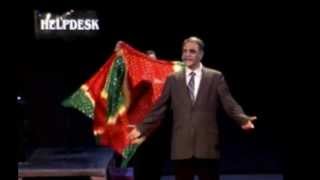 to provoke, to arouse, to entertain, to infuriate, to stimulate, to annihilate. more