The Technical Debt metaphor, coined by Ward Cunningham, is comparable to monetary debt. Ward used the metaphor to convey that debt is good but can be harmful if not paid off at the right time. It is similar to a loan i.e. it helps you to buy stuff, but if one doesn’t repay, it troubles.

How do you know which debt requires attention? The focus of continuous delivery is smaller changes in a sustainable and faster manner. And anything that is slowing down this flow can be considered to be harmful and needs fix.

The usual complaint is, the situation is somewhat doomed and how can it be paid off?

It is similar to Bangalore traffic. One can make it worse by taking shortcuts and through rash driving. But one can also improve if by being careful and respectful to others. And when that one becomes many, a lot of impacts can be made.

This talk is about bringing in the segregation to identify the debt and the tactics of paying off technical debt in a matured, sustainable manner. Yes, it can be paid off provided enough focus is given to it.

The talk will be largely split into two parts:

Leena is the Head of Engineering @ Multunus. She was bitten by the TDD bug few years ago. Having done enough TDD in Ruby/Rails, Javascript and Android, she’s moved onto Continuous Delivery (CD) in a big way - even spoke about CD in multiple conferences and has conducted workshops on the same. 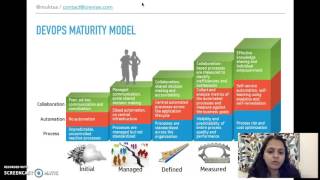 Are you ready to embrace DevOps? Do you have a DevOps roadmap defined? more