If you don’t have answer to any of the above questions and still do it then this workshop is for you. We Will be using Fastlane Suite of Tools to automate simple tasks and solve all the above mentioned problems with few simple lines of code which you face while building Android, ios and React Native apps

This is a hand-on workshop where participants will create Fastfile and automate their respective apps on iOS/Android/React Native.

Below is the mind-map for the same:
https://goo.gl/Fvevkd

I am Abhinandan working as Product Engineer at Go-Jek Engineering.I am working in Android and Release engineering teams developing Android Apps along with the CI/CD setup for the iOS/Android/React-Native Apps at Go-Jek.

I have spoken at various conferences in last couple of years.

Mudit will be co-presenter for this workshop.

I am Mudit Maheshwari currently working as Product Engineer at Go-Jek Engineering to build apps for enhancing the lives of billions . I have completed my graduation from IIT Indore with a B Tech degree in Computer Science and Engineering this year.

I am passionate about exploring and learning new technologies and getting actively involved into related discussion forums.Some of my academic achievements are:

My twitter handle is @ThisIsMudit1996 and you can check out my blogs at https://medium.com/@mudit.m

Lottie: Animating the bridge between Designers and Developers

Creating complex animations in mobile can be laborious. They might as well not commensurate with the designs provided. Lottie is an animation tool by Airbnb which instills in us the superpower to create cool animations in no time. 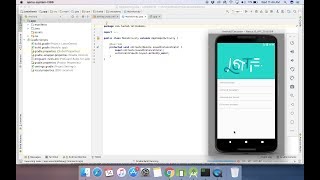