I am a security and privacy researcher. I have two decades of experience in the corporate sector and has worked in AT&T, Intel and NetApp across multiple domains such as Telecom protocols, Network engineering, Device drivers for Graphics Chips, Linux device drivers for filesystems and Storage management products.

I also dabble in financial modelling and can read balance sheets and P&L statements with the same ease as software code and was CFO of hasgeek from August 2018 to March 2021 and is now a non-executive director of hasgeek and is the consulting editor of #PrivacyMode and rootconf brands.

I have also written extensively about cyber security issues in several publications including Medianama, Bloomberg Quint, The Quint, The Ken, The Business standard, Hindustan Times, Times of India, The Wire and Asia Times and was the first one to break the story of the hack of Kudunkulam nuclear reactor in the public domain by the North Koreans using the D-track malware.

I was called as an expert witness before the Supreme Court of India in the Aadhaar case and has also deposed before the Kenyan High court on their Digital Identity project called Huduma Namba. 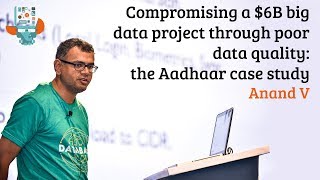 How do you keep your secrets and how much does it cost?