The presentation can be described as “a political economy observation from analyzing payment system data flows and seeing what the role of NPD framework could be and how its an asset light ownership juggling infrastructure at the hands of the state.”

Founder of the Cashless Consumer group - a payments and fintech focused group of consumers, tech practitioners and stakeholders - Srikanth Lakshmanan presented a quick overview of the sector and explained what are the worries and niggles in how NPD fits into the larger infrastructure services delivery arm of the government.

In his words: “You’ve seen NPD from the prism of startups or communities generating data wanting access to data. But we need to see NPD through the lens of the state, and what we should worry about.”
- Emphasis NOT on privacy (although these violate), BUT governance.
- Economic value of NPD framing needs narrower focus.
- Indebted infrastructure sector – BBPS, FASTag, NCMC
- Asset light ownership juggling infrastructure

The slides to Srikanth’s presentation are here: https://docs.google.com/presentation/d/15wQEOQZvIzSYT3OVnGZ5CyjWtU54U33rhpcmr9Uavpg/edit#slide=id.gb8e3e5a16c_0_32

Looking at the government’s power distribution, highway construction and development, and the urban mobility sectors, the increasing digitalization of payments and toll/user fee collection in these areas, and the NPD generated from such systems.
Srikanth says, “What’s common is all these three payment systems are essentially part of the indebted infrastructure sector.”

Debt and financing involved in building and rolling out utilities such as electricity and distribution, highways, and the metro/urban mobility - is huge. There is some effort at pushing for privatization of some or all aspects of these services. With power generation or distribution, there are bottlenecks in bill collection leading to debt or loss of revenue. Some parts of it are therefore siphoned off to a central entity or private entities. Digital bill collection - via Bharat Bill Payment System (BBPS), for example.

“Through BBPS, we have centralized this data infrastructure at a national scale. So BBPS, as with any other payment system, is being run by the National Payments Corporation of India (NPCI), which is a settlement infrastructure company, collectively owned by banks.”

BBPS and the digitization of payments for state-utilities means that the NPCI becomes the data trustee of user-data, both personal and non-personal data such as addresses, power units consumers, bank details, street-level, locality level, and state level consumption of power and more.

In the context of highways and inter-state transport, the FASTag payments system - also owned by NPCI, a private entity that is minimally accountable to the government handles all user data, such as vehicle registration numbers, bank and payment system information, movement of personal and commercial vehicles on all tolled highways, and more. So the NPCI which could have been treated as a data trustee, hasn’t been thus far.

“If you strip off the personal data part, you will have a rich NPD data set, which is then used to decide policy” The policy of where to build highways, what model of financing these highways, and such.

With the National Common Mobility Card (NCMC) and urban mobility, there has been ongoing attempts at rolling out a national id system for urban mobility. The data generated by such a system - including PII and NPD - can be used for planning future urban transport infrastructure.

With all these systems, there is a risk that the agency for, and the benefits of such infrastructure could move away from the level of government or society it is targeted at or aimed to benefit. For instance, urban mobility planning is moved out of cities and urban bodies, and is centralised to the union government.

What does NPD mean in the context of state infrastructure?
* NPD will be an insolvency resolution tool.
* Ownership Juggling infrastructure impacts existing / new investments, across sectors.
* Approaches to data minimization will be structurally discouraged.
* Governance of data trustees (?)

Srikanth says this is an “Asset Light” model of infrastructure building, “Because Minimum Government wants to exit building / regulating digital economy, but still wants to have power to control state of data irrespective of ownership”
As Srikanth puts it, “What I meant as an asset light infrastructure is - basically for doing this, the state had to invest significant capital, political and economic capital to build out these data infrastructures, and it has been a decade long project. But with the NPD framework, what the state is doing is, it’s latching onto the industry and saying that we are not gonna even build this out. We want You to give us data that we want. And then we will use that in policymaking.

As a concluding note, we must critically look at the NPD framework from the lens of state-debt management, infrastructure and utilities delivery, and how NPD will come to increasingly dictate infrastructure policy in the country, and centralise that decision making at a level away from where it will be used. 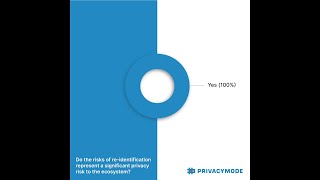