IN/Clojure 2020 is the 4th edition of India’s annual Clojure and ClojureScript conference. Follow twitter.com/in_clojure for updates.

We began in Pune in 2016 and after two editions in namma Bengaluru, we’re delighted to come full circle back to apla Pune (and all those delicious bakarwadis and modaks).

As India’s premiere Clojure and ClojureScript conference, we strive to facilitate the free exchange of ideas between new and experienced programmers alike.

Over the years, IN/Clojure has served as a platform to kickstart a series of Clojure workshops and meet-ups across the country. And it has helped attendees make a strong case for Clojure, and Clojurescript adoption in their companies.

We believe that this edition of the conference, like previous editions will foster the growing Clojure community in Asia.

Whether you are knee-deep writing macros that write macros, or struggling to escape the beginner’s plateau, or wondering if/why/how to adopt Clojure in your organization, or are in it purely for the joy of learning, IN/Clojure is the event bringing together a great mix of Clojure/Script masters, practitioners, and newcomers from across India and beyond.

We welcome you to join nearly 149 other people and…

Plus, this year we enjoy the company of the perennially effervescent Bozhidar Batsov; prolific Clojurist, Emacs fanatic, maintainer of CIDER, and Lisp hacker extraordinaire.

I
IN/Clojure
IN/Clojure is India’s annual Clojure and ClojureScript conference, including talks about features, libraries, tools, usage, and more. IN/Clojure 2020, our 4th edition, is happening on 14th and 15th Feb 2020 (Fri/Sat) in Pune, Maharashtra. more
All submissions
PreviousNext
This submission has been added to the schedule 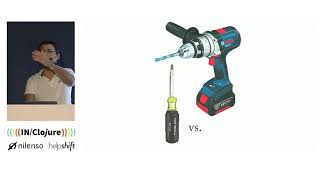 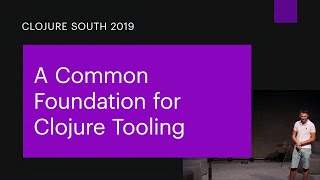 The Future of Clojure Tooling

Ah, the future! Such an exciting topic! It’s always a lot of fun to speculate on what will follow next, isn’t it? You know what’s twice as exciting (at least for programmers) - discussing the future of Clojure development tools, those underappreciated workhorses that make our lives hacking with Clojure easier, more fun and more productive.

In this talk we’ll examine the current state of the broader Clojure tooling ecosystem, contrast the approaches taken by the most popular development tools out there, and try to give you a sense of their strengths and weaknesses. We’ll then skip to a discussions of some interesting efforts to improve the existing tool stack, happening right now in the community, and dream about the day they’ll come to fruition. And the day right after it.

Ideally, when all is set and done you’ll have a much better understanding of how popular Clojure development tools are working, and more appreciation for all the efforts that go into them. Perhaps you’ll even get inspired enough to start contributing to some tools. :-)

The spiritual successor to a long line of past talks on CIDER, nREPL, Documentation, and other aspects of Clojure tooling such as:

Bozhidar is the maintainer of CIDER, nREPL, a dozen related projects, and the editor of the community Clojure style guide. Most people would probably describe him as an Emacs zealot (and they would be right). He’s also quite fond of the Lisp family of languages, functional programming in general and Clojure in particular.

I
IN/Clojure
IN/Clojure is India’s annual Clojure and ClojureScript conference, including talks about features, libraries, tools, usage, and more. IN/Clojure 2020, our 4th edition, is happening on 14th and 15th Feb 2020 (Fri/Sat) in Pune, Maharashtra. more