Logistics is evolving as a domain that requires understanding of:

The first edition of Logistics conference will cover fleet management and shared mobility.

The Fifth Elephant presents the first edition of logistics conference on 24 November, at the NIMHANS Convention Centre, Bangalore.

Topics for the conference:

We are inviting talks on the following topics:

Logistics conference is a single-day, single-track event with talks, panel discussions and Birds of Feather (BOF) sessions. We are accepting proposals for the following formats:

The criteria for selecting proposals, in the order of importance, are:

No one submits the perfect proposal in the first instance. We therefore encourage you to:

Our editorial team helps potential speakers in honing their speaking skills, fine tuning and rehearsing content at least twice - before the main conference - and sharpening the focus of talks.

How to submit a proposal (and increase your chances of getting selected):

The following guidelines will help you in submitting a proposal:

To summarize, we do not accept talks that gloss over details or try to deliver high-level knowledge without covering depth. Talks have to be backed with real insights and experiences for the content to be useful to participants.

Confirmed speakers receive a pass to the conference. We do not provide free passes for speakers’ colleagues and spouses. Please do not ask us for these.

Travel grants are available for international and domestic speakers. We evaluate each case on its merits, giving preference to women, people of non-binary gender, and Africans. If you require a grant, request it when you submit your proposal in the field where you add your location.
Logistics conference is funded through ticket purchases and sponsorships; travel grant budgets vary.

For more information about the conference, sponsorships, or any other information contact info@hasgeek.com or call 7676332020.

The Fifth Elephant
The Fifth Elephant - known as one the best #datascience and #machinelearning conference in Asia - is transitioning into a year-round forum for conversations about data and ML engineering; data science in production; data security and privacy practices. more
All submissions
PreviousNext
PR

Every year over 1.3M people die on roads. In recent years the fatality and collisions rates have only gone up, reversing a several decade long downward trend. So even while cars are becoming safer, this recent increase is largely attributed to distraction caused by use of mobile phones while driving.

Zendrive, a company committed to making roads safer, is using the same smartphone data to understand unsafe driving behaviors like aggression, adherence to rules of the road and distraction. Using sophisticated machine learning techniques and massive amount of data (150B miles of data over 50M users) Zendrive has built world’s leading driving behavior analysis platform that has already helped save hundreds of lives. This data and analysis also find wide variety of usage in insurance, city planning and driver coaching.

In this talk we will take you on a fascinating journey of measuring driving behavior, quantifying risk and creating incentives for drivers to adopt safer driving habits.

Pankaj is Co-Founder and VP of Data, Engineering at Zendrive, a company committed to making roads safer using data and analytics. Under his leadership Zendrive has developed world’s largest platform for driver behavior analysis serving millions of users and covering over 150B miles of driving data.

Pankaj has 18+ years of experience leading teams and building core technology products that involve massive amounts of data. At WalmartLabs as director of engineering he built tools for social media analysis including a engine for real time analysis of 100B tweets. During his role as Engineering Manager at Google, Pankaj worked on Google’s Speech Recognition engine and Google Compute Engine. While at Google he also built the first ever English/Hindi bilingual Text to Speech (TTS) system. He bootstrapped and then scaled the voice search to many languages. Early in his career he held a research position at Bell Labs specializing in networking.

A graduate of Indian Institute of Science, Pankaj is author of several research papers in premier IEEE conferences and has 30 patents issued from USPTO. Pankaj is an avid reader, a marathon runner a enjoys spending time with his kids. 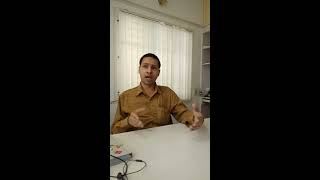