Zapr Media Labs has come a long way from tracking TV viewership of around 5 Million users two years back to around 100 Million users currently. We want to share learnings while building a complex audio signal processing based platform which has gone through this sort of hyper growth; which involves processing more than Billion signals per day; producing tera bytes of raw organic data and processing peta bytes of data on a daily basis.
The talk would focus around technologies we have used and why they worked better than others. It would also explain about the evolution which has happened during this period, which all data driven companies can benefit from.

Im Agam Jain, ive been at zapr since its inception in early 2013. i joined here as a college intern
when the company strength was 5 people (including 3 founders)
and over the next 3 years i worked on many internal project and one of them was the Cloud based Matching Infrastructure.
Wherein we build a system which worked for us when we were processing data from a few thousand users and was very cost-effective as well.
Over time we’ve worked and reworked this setup from a monolith to a pipeline of events which is handling the present scale of 100 million users 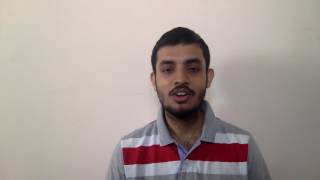 OpenStreetMap is the largest free and open map of the world! An average of 2 million features are touched by volunteers around the world every single day. Amazing isn’t it? The global scale and the local diversity bring in a host of challenges for maintaining a high quality of data on OpenStreetMap. more