Building Android apps in C# gives the developers the power of nativeness combined with code sharing benefits. In addition to allowing a developer to write Android apps in C#, Xamarin lets them reuse existing .NET libraries and share their business logic across iOS, Android, and Windows apps. The session will help developers determine the architecture necessary to support maximum code sharing and reuse in iOS, Android and Windows Phone.

Session focuses on Android development in C#! We will use Xamarin Studio, a free IDE, and build a cloud connected Android app. Major focus will be on architecting your application for cross platform for maximum code reuse on Android, iOS and Windows Phone. Futher, we will extend the same app to connect to the cloud and support wearable notifications using Android Wear.

Nish is a C# fanatic and has been writing softwares for web & windows platforms for almost a decade now. He is Xamarin’s first Developer Evangelist for India and a Microsoft MVP in Visual C#. He works out of Bangalore and is passionate about spreading C# & Xamarin love by helping developers build 100% native mobile applications for iOS, Android, Windows Phone & Windows Store Apps. 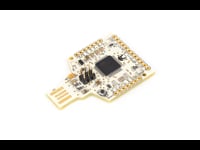 The market is being flooded with new accessories for the smartphone. Smart wrist devices being the most common ones. Bluetooth LE is at the heart of all these devices. The objective of this demo will be to showcase how Bluetooth LE can be used to interact with our surroundings in different ways. more