Design Track of The Goa Project 2016

Behind the scenes: Designing the world of ‘Court’

A presentation on the production design of the feature film ‘Court’.

A discussion on the process of visualising and executing the art direction of the film. Even though mainly shot on real locations, the film featured some spaces that were heavily modified or built from scratch. A discussion on the challenges in blending the real with the artificial, and recreating the patina and character of a space. With the aid of behind-the-scenes stills, research material, and video clips from the film, the presentation will explain the aesthetic choices and strategies employed in designing the film.

Audio-Video system connected to a computer for playing video clips and still images.

Pooja Talreja is a Mumbai based architect and interior designer.
She was the production designer for the award-winning feature film, ‘Court’.
She has worked on plays and short film, like ‘Grey Elephants in Denmark’ and ‘Six Strands’.

Project DEFY : Design Education For Yourself

Show how you can learn by yourself, and how schools can exist without a teacher. A philosphical statement on definitions of education. 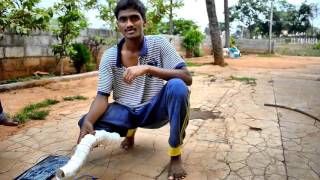