The Fifth Elephant 2017 is a four-track conference on:

This year is the sixth edition of The Fifth Elephant. The conference is a renowned gathering of data scientists, programmers, analysts, researchers, and technologists working in the areas of data mining, analytics, machine learning and deep learning from different domains.

We invite proposals for the following sessions, with a clear focus on the big picture and insights that participants can apply in their work:

We will notify you if we move your proposal to the next round or reject it. A speaker is NOT confirmed for a slot unless we explicitly mention so in an email or over any other medium of communication.

Selected speakers must participate in one or two rounds of rehearsals before the conference. This is mandatory and helps you to prepare well for the conference.

There is only one speaker per session. Entry is free for selected speakers.

Partial or full grants, covering travel and accomodation are made available to speakers delivering full sessions (40 minutes) and workshops. Grants are limited, and are given in the order of preference to students, women, persons of non-binary genders, and speakers from Asia and Africa.

We believe in open source as the binding force of our community. If you are describing a codebase for developers to work with, we’d like for it to be available under a permissive open source licence. If your software is commercially licensed or available under a combination of commercial and restrictive open source licences (such as the various forms of the GPL), you should consider picking up a sponsorship. We recognise that there are valid reasons for commercial licensing, but ask that you support the conference in return for giving you an audience. Your session will be marked on the schedule as a “sponsored session”. 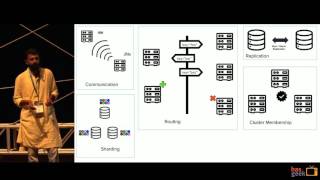 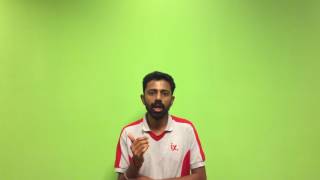 At Indix, we have a bunch of services that need to operate on top of large volume of product data. We started out with using open source distributed systems (like Hadoop, HBase, Solr, Spark, etc) to build some of our solutions. Along the way, we’ve also had problems where existing solutions wouldn’t really work for our requirements and operational cost associated with them started to shoot up. This pushed us to build a couple of “simple” distributed systems.

As we built them, some common functionality (or abstractions) started to emerge. We put them into the following buckets

In parallel, we started to embrace microservices as a practice for rolling out new systems. This meant that, new systems needed to scale by default. Instead of solving these problems at every system, we wanted to provide these building blocks so that new systems can be built in a distributed fashion with a lot less effort. This also re-emphasized our engineering culture where developers own everything end to end, including scale & distribution.

With this context, we started out building Suuchi⁰, a toolkit for building distributed data systems.

As a Developer, if you are building a new system, you would end up writing a service specification and definition using protobuf & gRPC respectively. Now, this service can be built into a distributed service using the primitives provided by Suuchi. You can setup membership support, plug-in the partitioner / router, decide the replication strategy & bootstrap your distributed service.

As an Ops Person, in the team if most of your systems are built using a common set of primitives it makes your life easier to build elegant & detailed tooling around it - like, metrics, request tracing, monitoring, alerting, etc.

Sriram R is one of the early members of the Engineering team at Indix and has been part of various systems that is ‘live’ in production today. Apart from writing code to foot his bills, he does it to get some adrenaline going, when he is not riding his bike on unchartered terrains. He is co-author of Suuchi project along with his fellow engineer Ashwanth kumar. Currently, he works on problems involving ML at Indix.