Design and Designers in the world of Autonomous technologies

Self driving cars, AI powered robots, Intelligent homes, machines of today are learning to conduct themselves in our world at a pace which we humans can’t even imagine. In this world of autonomous technologies where we are empowering non-humans on a daily basis to take over our lives our role as a designer will have to be re-written. My consversation with you will be targetted towards a starting a thread which will compel us to think and challenge our current modus operandi.

The talk will be structured as following:
1) Building up of current role as a designer
2) Looking at the growth of technology and machines (with examples)
3) Validating our current roles against tech landscape
4) Inciting thoughts by looking at some current designers and their roles
5) Invite contributions from the audience on their thoughts

Overall the presentation will raise many questions to the design fraternity and let the house have a healthy debate on it.

Tanay is currently the CEO and Creative Director for Fractal Ink. He currently spearheads Visual Design and Design Strategy at the Studio. After Graduating from BIT Mesra in 2000, he went onto finish his Post Graduation from IDC, IIT Bombay as a Visual Communication Designer. After graduating as a gold medallist from IIT Bombay, he launched Ambiaance Designs in 2002. He Moved to London in 2006, to join LBI (One of largest Digital Agency of Europe) as a creative head for their Indian Arm. He helped stabilise relationship and bring design practices from London to their India office. After shifting back to India in 2010 he was appointed as the Creative Director for LBI India. Shortly after which FIDS Pvt. Ltd. was formed with a vision to take Digital design in India to the next level. Some of the brands which he was involved in shaping up during his professional journey are Microsoft, F1, Disney, British Telecom, Indian Railways, Nokia, Barclays, Axis Bank, ICICI, Samsung, Godre 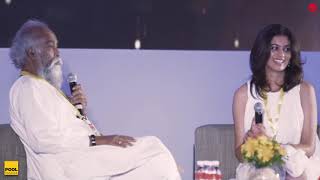