FOSSMeet is an annual event at NIT Calicut that brings together the Free and Open Source Community from around the country.

All submissions
PreviousNext
A

Evolution of FOSS (and some non-FOSS) stack at HackerRank

The objective is to give an intro into the various components that make up a web application, on how in most applications evolve from few pieces and to more and more pieces connected together.

HackerRank is hosted using a large number of FOSS and few non-FOSS pieces, while it started out as a simple Ruby on Rails/Apache2+PHP server and a simple MySQL database, we have as the application grew added more components, most of them are either FOSS components, or managed instances of FOSS components.

I will be going through the evolution of the various components added and removed to the stack, why they were added or removed. They will try to include

P.S : This talk is unlikely to add to knowledge of any current full stack developer who has worked on production applications.

Should know basics of

I graduated from NIT Calicut in 2007, and currently work as Software Developer in HackerRank. 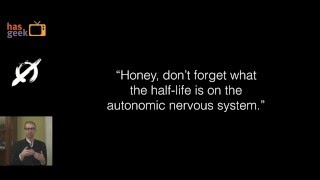 I will explain Vipassana meditation in the context of hacking with analogues of LISP (Clojure, in particular) and the hacker ethos. Attendees will come away with an understanding of the systematic methodology of Vipassana meditation, possibly/hopefully with their curiosity piqued. more